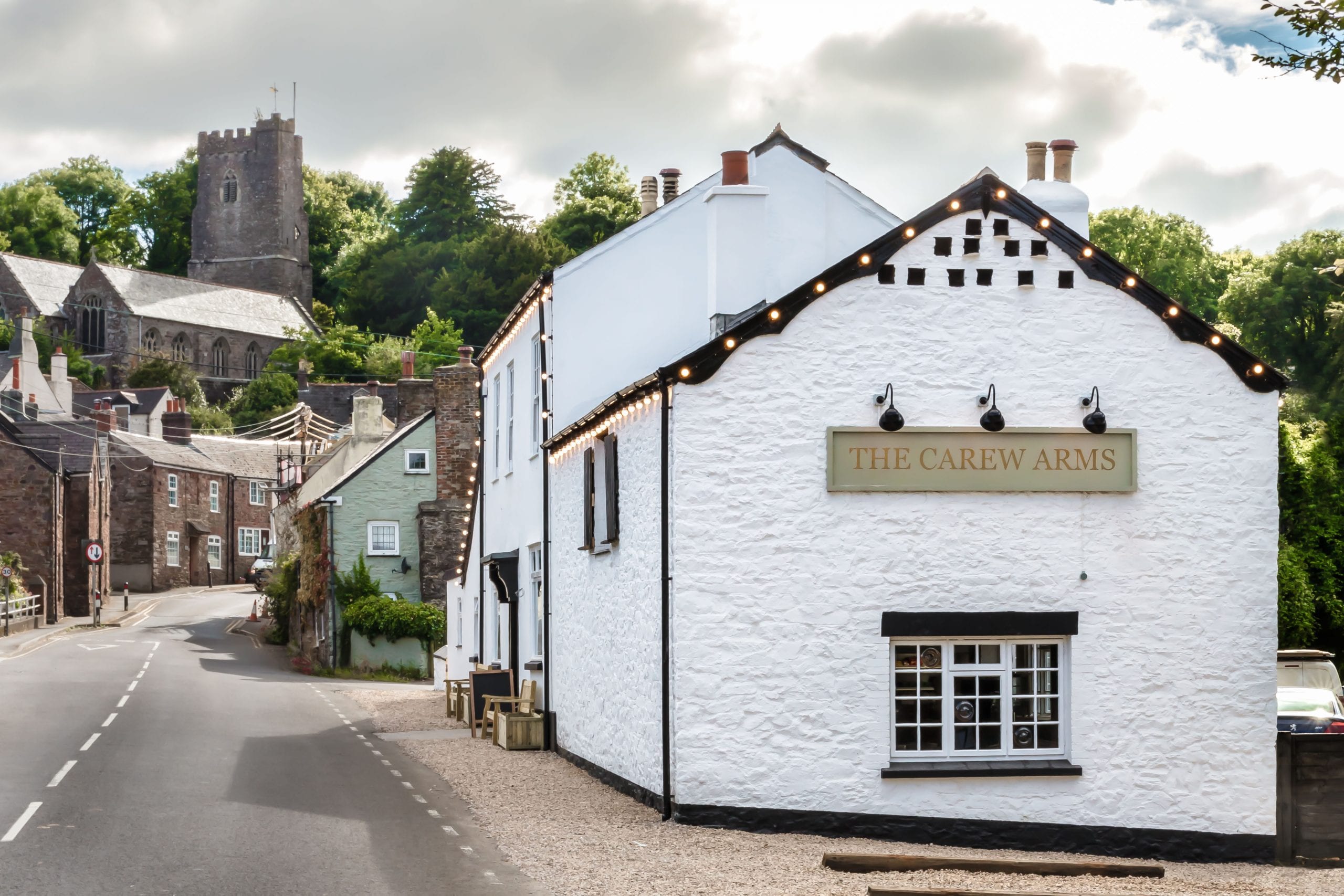 The History of the Carew Arms

July 10th, 2016 Posted by CornishHedonist Uncategorized 0 thoughts on “The History of the Carew Arms”

The first time records show a pub on the casino site of The Carew Arms was back in January 1770,  The Plasterers’ Arms run by a John Courteney. A coaching house on the main road from London to Penzance, there are still some of the original features left in the building, from the cobbled stones of the stables beneath the floor of what is now the shop to the small chimneys dotted around the building. In 1871 the name of the pub was changed to the Ring O’Bells – to represent it’s position nestling beneath the parish church of St James, which dates back to the 13th Century.

From 1871 up until 2016 the Ring O’Bells was operating in the village of Antony. The last ten years has really seen a decline in the quality of the offerings available with a succession of failed operators.

When Tremayne Carew Pole purchased the pub in March 2016 he wanted to have a break with the recent past, but also give it a backstory and some heritage, so he changed the name to The Carew Arms. The Carew family have lived on the Rame Peninsula since the 15th Century, and still continue to do so today. By linking it back to the family, it provides the pub with more gravitas and a sense of tradition. One that will continue for many years to come.